These structures are witness to the hard work involved in progress, the desire to develop further and higher. Most of the technical landmarks in Příbram have the mining history in common, in addition to the striking skilfulness, inventiveness and determination of our ancestors. 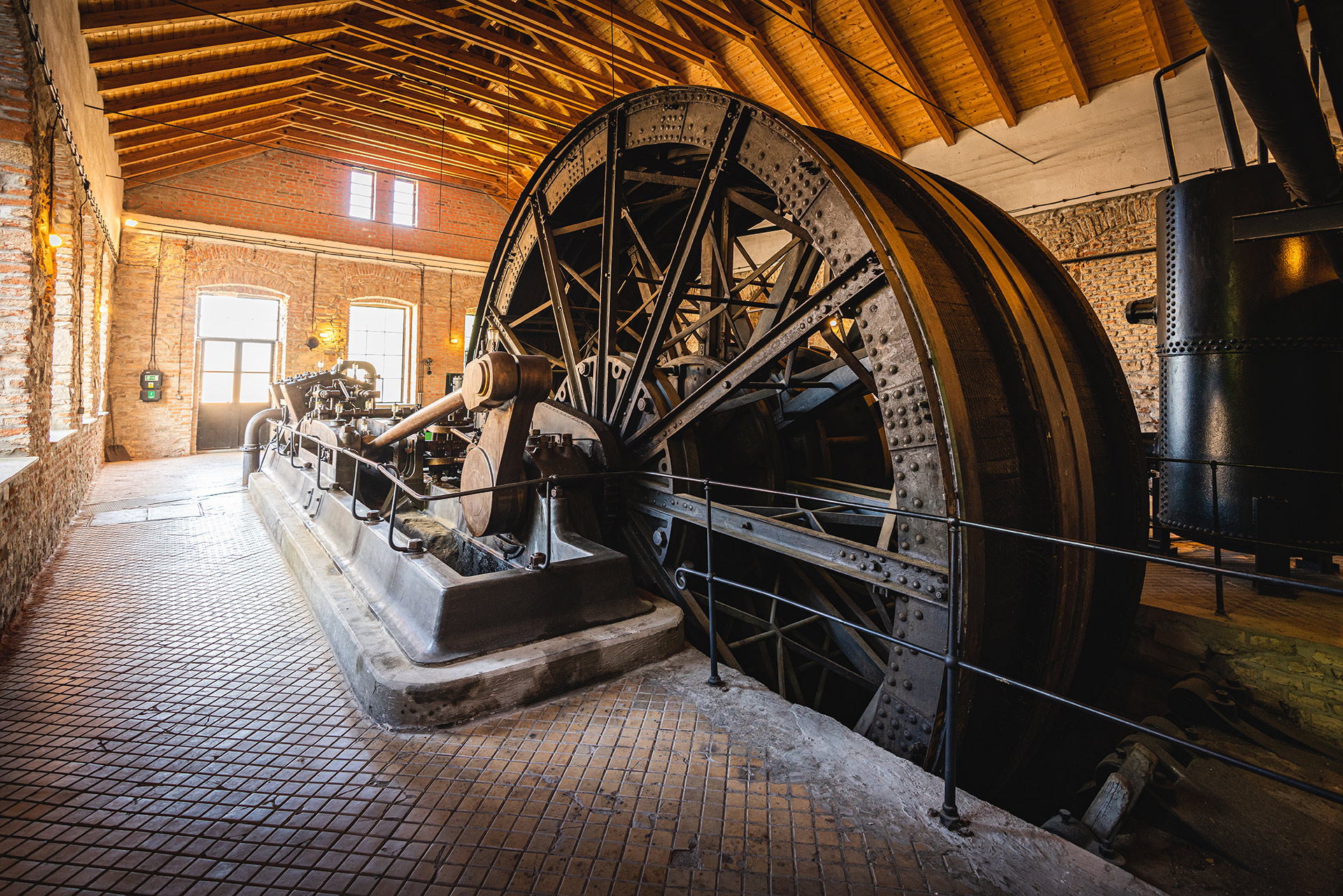 The Anna mine is one of the most important Czech mining sites from the historical, technical and architectural point of view. The machine room with a steam-powered mining machine by Breitfeld-Daněk from 1914 is attached to the main mine building, which is a typical example of industrial architecture. The machine was used for direct transport from the depth of 1,450 metres at a speed of up to 12 m/s. The machine with its output of 750 HP was and remains an exceptional achievement of Czech technology.

Besides riding along the mine railway to the Prokop pit, the deepest mine in the Březové Hory district, you can see another structure of a high technical value – a chamber of the sixteen metres high waterwheel in the Anna Mine, which was located 44 metres below the surface and was part of a unique water management system. 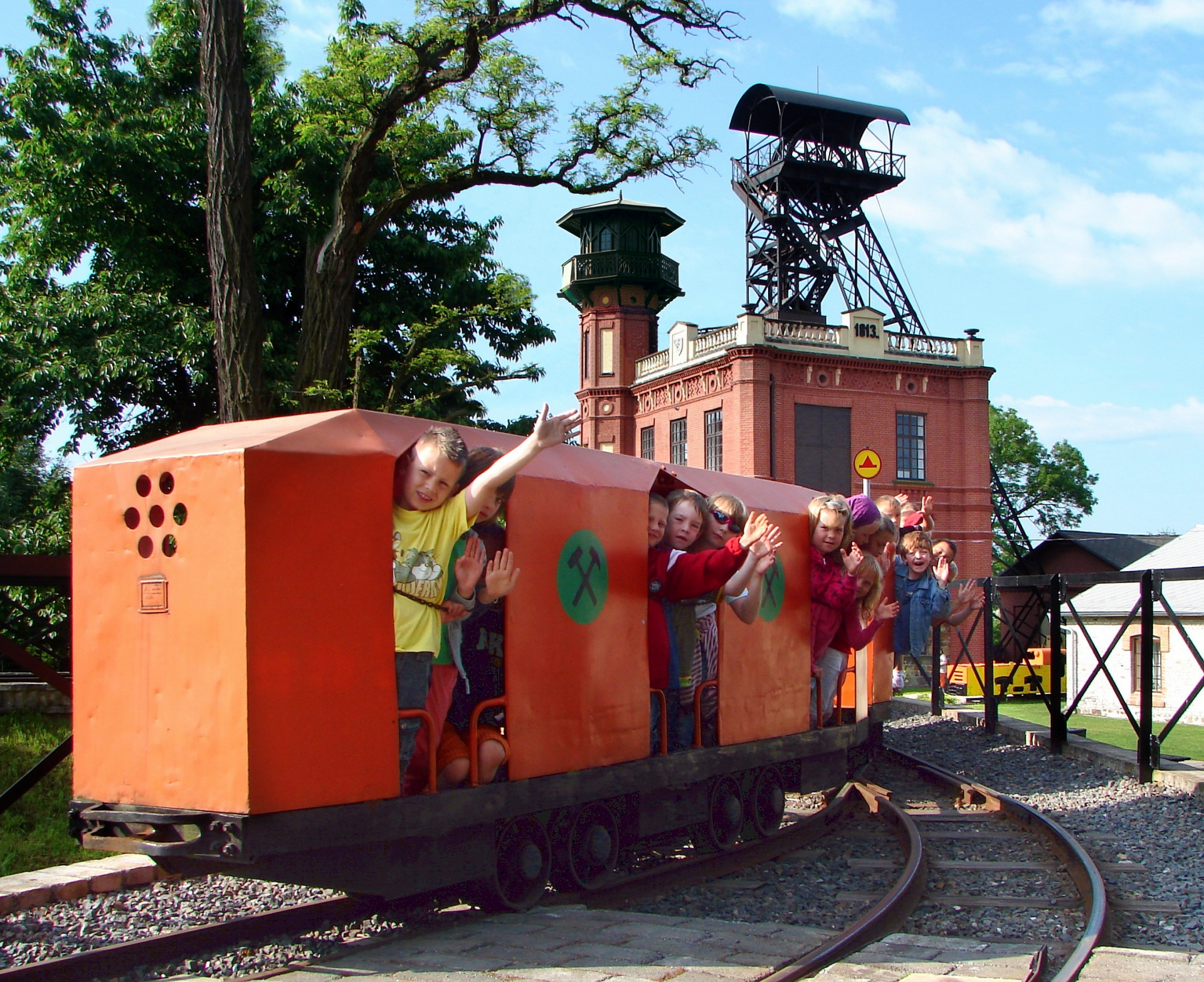 Ševčinský Mine is an interesting technical landmark and a dominant feature of Březové Hory. Almost forty metres high mine building with a wooden tower with a gallery was built in 1879 in the style of industrial architecture of the Malakov type using the combination of bricks and stone. An exhibition of drilling technology and vertical mining transport has been established in the interior. The adjacent machine room houses another technical jewel – a mine compressor from 1928 and a fire engine that belonged to the mine directorate from 1885.

The premises of Ševčinský Mine include various mining technology from the second half of the 20th century. The mine railway heads from the mine’s courtyard to the Vojtěch Mine along the 230m track. This unique technical landmark is a partial reconstruction of the historical railway operated in 1884. 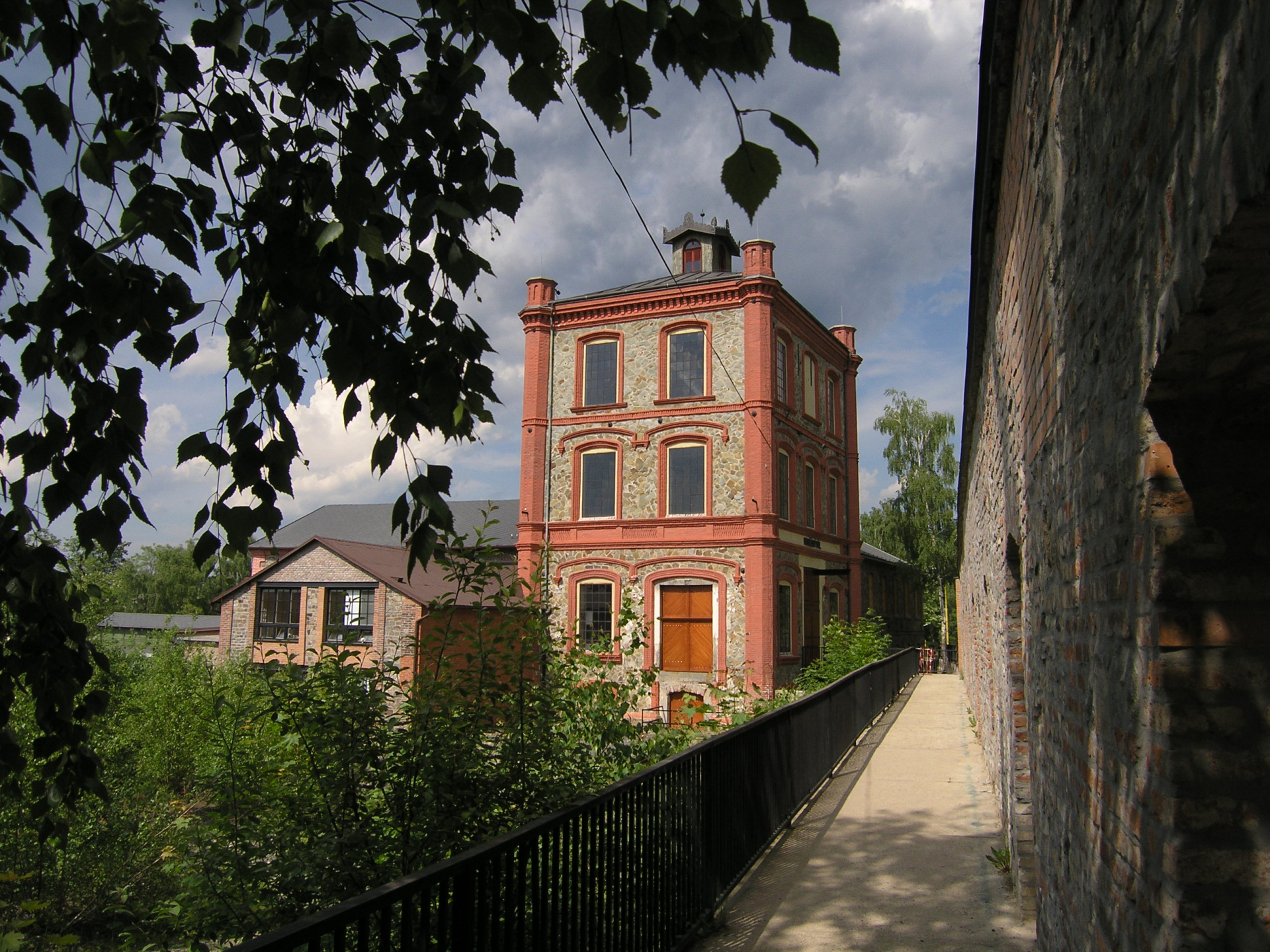 Vojtěch Mine was one of the main mines and from the economic point of view one of the most important mines in the Březové Hory mining district. In 1875, the mine was the first in the world to reach 1,000 metres of vertical depth using a single mining rope. The current mine building constructed in the pseudo-romantic style under the influence of the German late gothic architecture is one of the important industrial buildings in Březové Hory.

The steam-powered machine by the Czech firm Breitfeld-Daněk manufactured in 1873 and modernised during 1888–1889 is a noteworthy and aesthetically interesting technical landmark. The machine’s output reached 500 HP for the transport of two double-storey cages at the maximum speed of 9.5 m/s, and the mining rope could be used up to the depth of 1,300 metres. 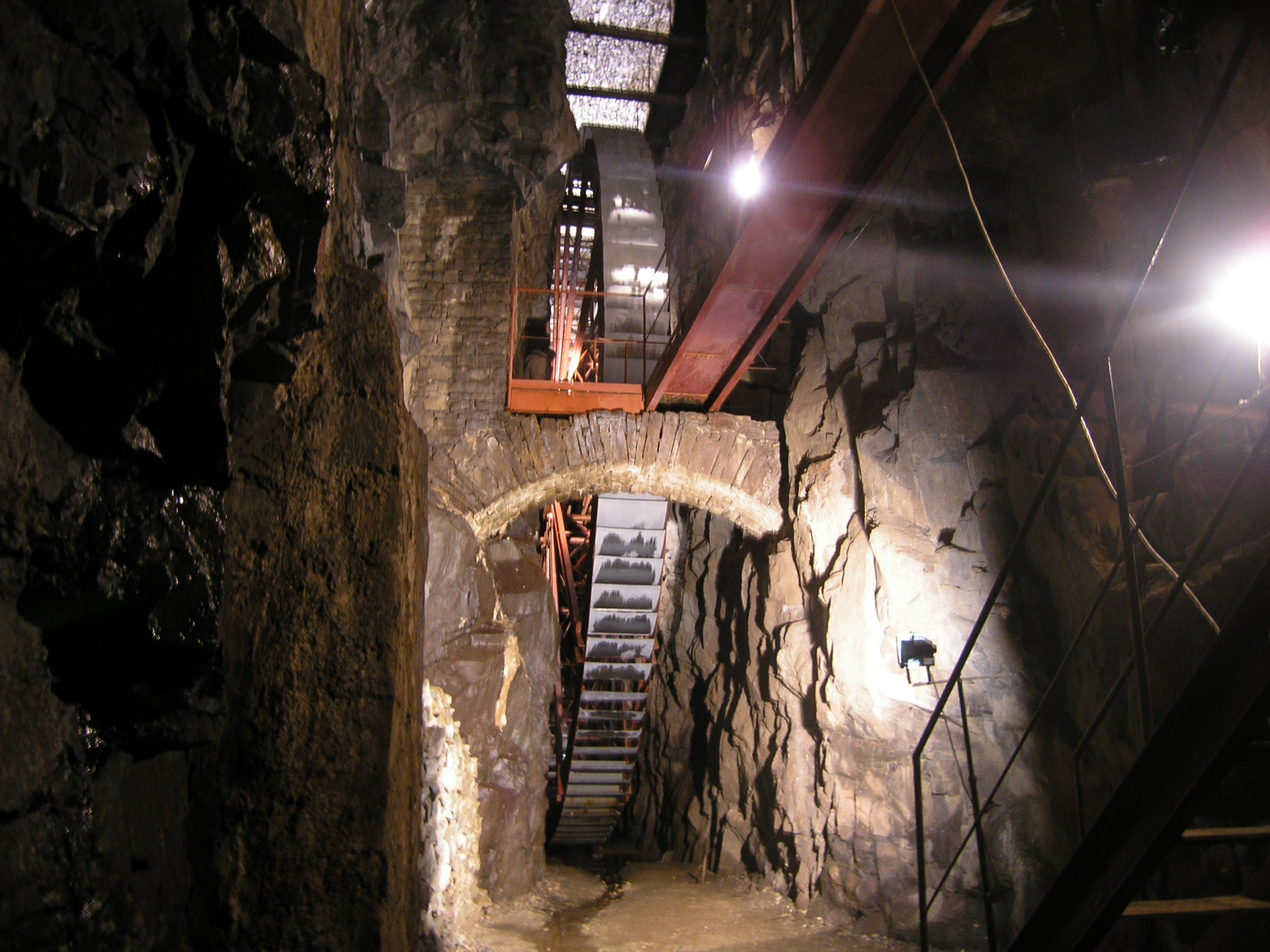 Drkolnov mine houses a technical landmark of international importance. The preserved waterwheel inside the mine was a part of the complex of water management works – water reservoirs, drains, supply and drainage shafts. The waterwheel with a diameter of 12.4 metres for pumping underground water was put into operation in 1850. The original wooden wheel was replaced with a new iron wheel at the end of the 19th century. Although the ore resources in the Drkolnov mine were found to be insufficient, the wheel pumped drinking water for the town of Příbram until 1961. This is one of the reasons why we can admire this piece of technology to this day. 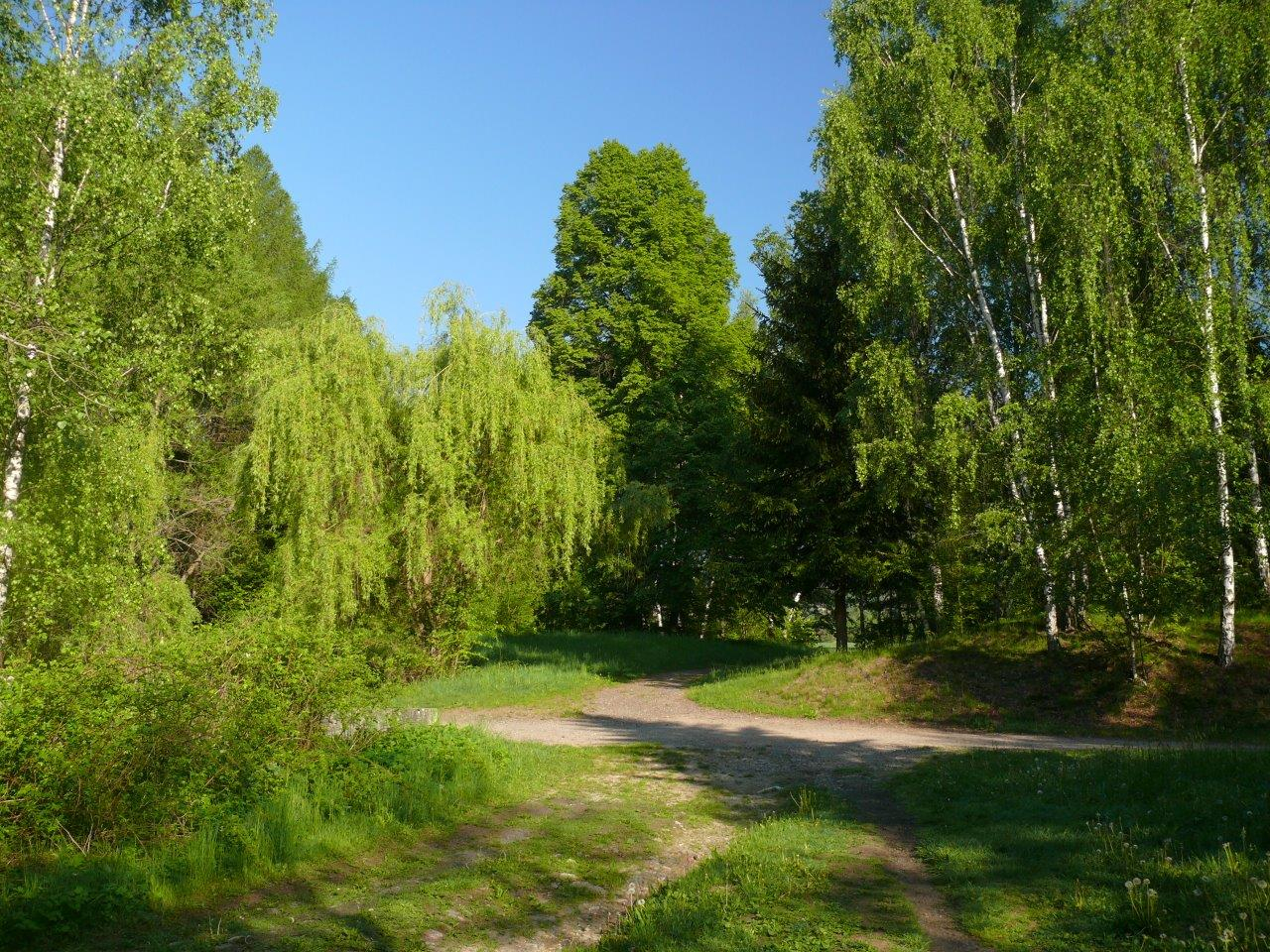 Mined ore from the nearby Bohutín mines was also transported to the ore processing facilities in Březové Hory. In 1935, both places were connected with a ropeway that transported coal for the boiler house in Bohutín in the opposite direction. The ropeway was 3.3 km long and the cart could carry 420 kg or ore or 160 kg of coal. Remnants of this forgotten ropeway can be found to this day in the Litavka forest park – four concrete pedestals that supported the ropeway columns can be seen a couple of metres from the path. 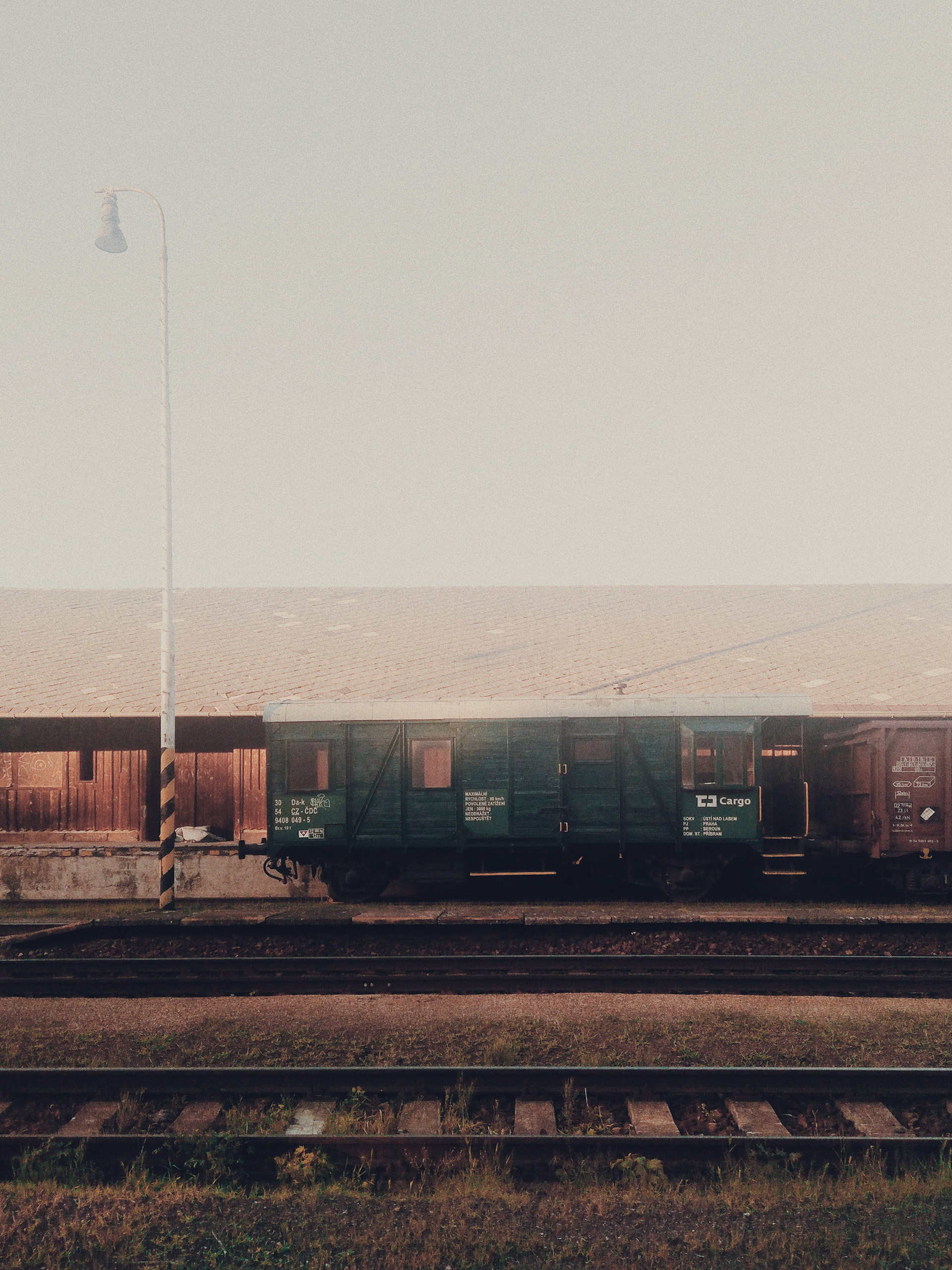 The town welcomed the first train pulled by a steam engine on 19 December 1875. At the time of this event, a two-storey railway station building had already been built on the western outskirts of the town of Příbram. The facade with a decorative gable in the middle has symmetrical design with typical architectural details used in industrial buildings at the time. The building has been preserved to this day virtually without any changes and is an interesting example of the architecture of railway buildings from the last third of the 19th century.