Do you believe that not much can surprise you anymore in the historical centre of Příbram? Try looking up, you may be surprised. We have taken several pictures and attached comments by Josef Fryš from the book “Příbram v proměnách času” (Příbram changing through times). 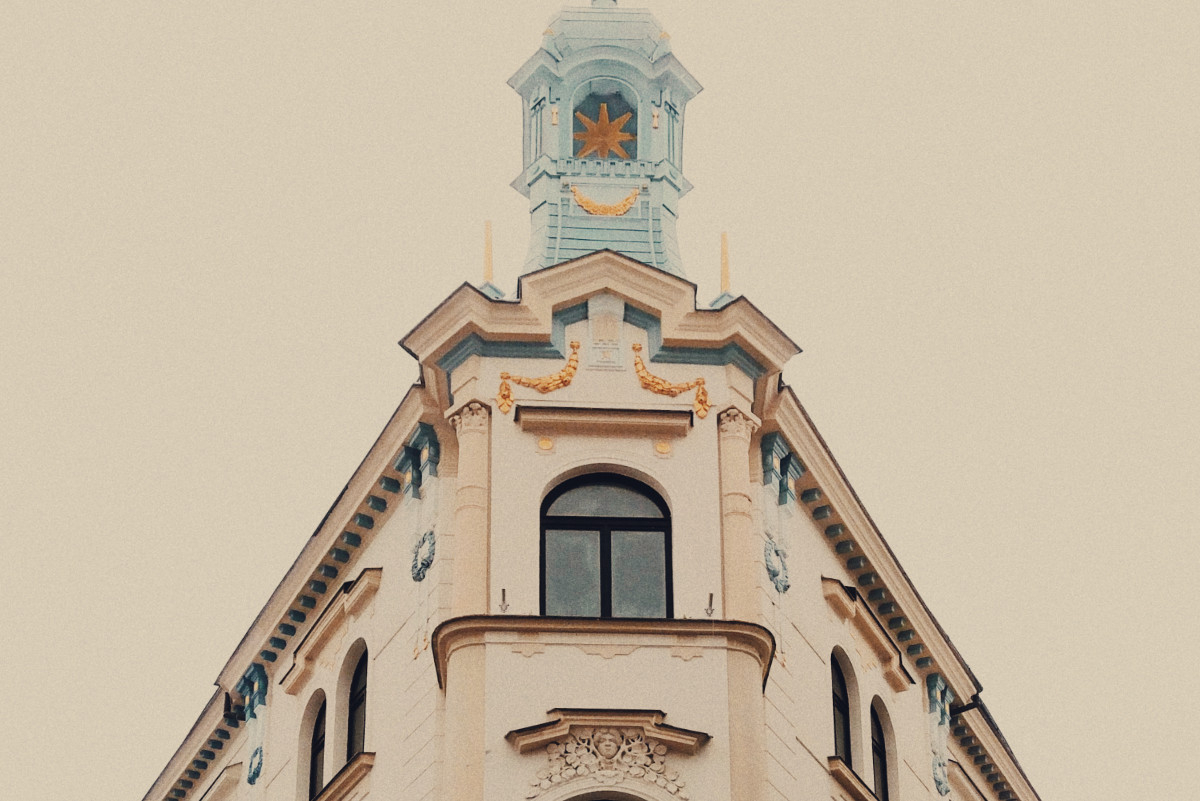 The Art Nouveau building with a tower in the upper section of St. Wenceslas Square from 1906 used to belong to the Stočes family. Mariánské údolí runs from St. Wenceslas Square on the left and the Dlouhá street on the right. This street has changed names several times and at the time when the Stočes family lived here, the north section of the street was called Zeyerova. A butcher’s store with an entrance in the place where the two streets meet used to be on the ground floor of this building. Gold-plated initials of Vojtěch Stočes, a butcher and member of the sports and patriotic organisation of Sokol can be seen on the gables below the ledges over the windows.

“Mr. Vojtěch Stočes and his son Antonín, a student of VI.B class at the local grammar school were arrested by gestapo in this house on 15 June 1942. The Nazis executed them along with other Příbram residents on 29 June 1942 in Tábor due to their alleged approval of the assassination of R. Heydrich. We honour their memory,” the commemorative plaque placed on the building in 1996 reads. (Antonín Stočes was in fact a student of the VI.A class.) This event was an inspiration for Jan Drda’s story “Vyšší princip” (Higher Principle), which was turned into a film later on. 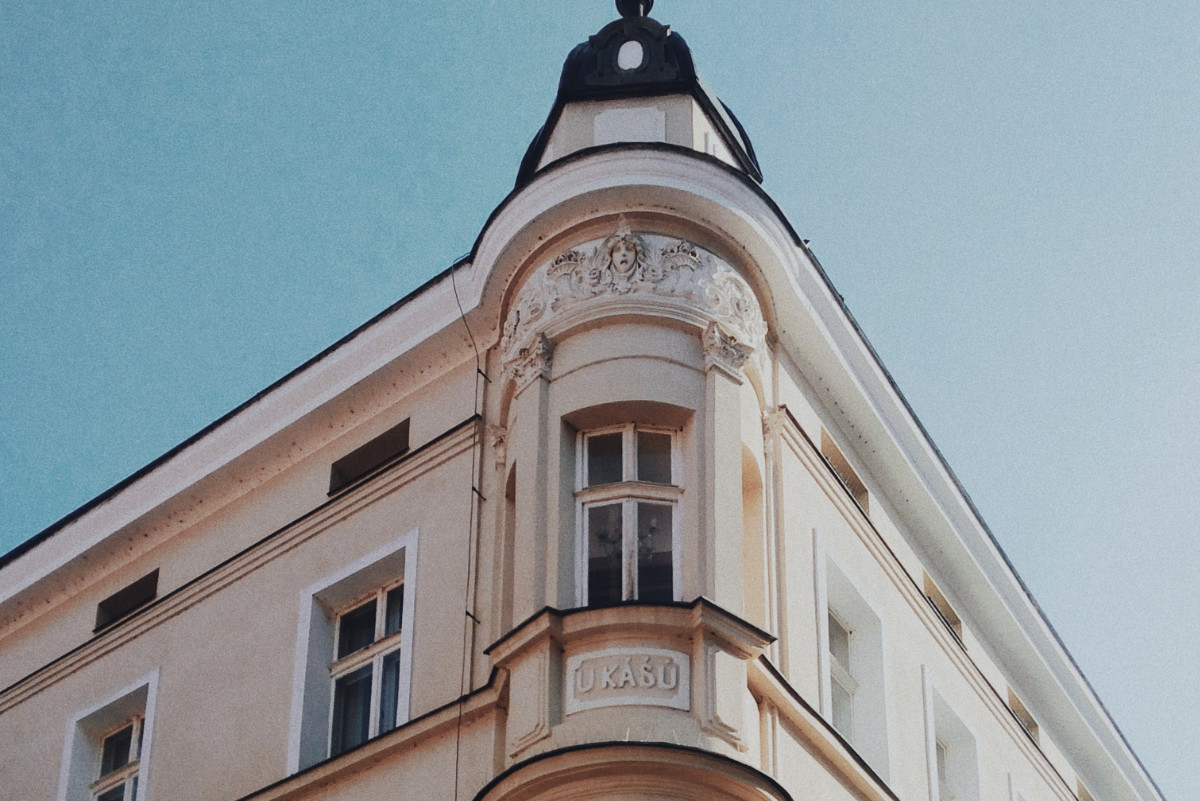 A small single-storey house with Káša’s bakery used to stand on the corner of Zahradnická and Pražská streets. The yellow building dates back to 1839. The almost forgotten personality from Příbram, Josef Bosáček, who painted various sgraffito by Mikoláš Aleš, was a descendant of the Káša family (on the mother’s side) and originally was also a baker. 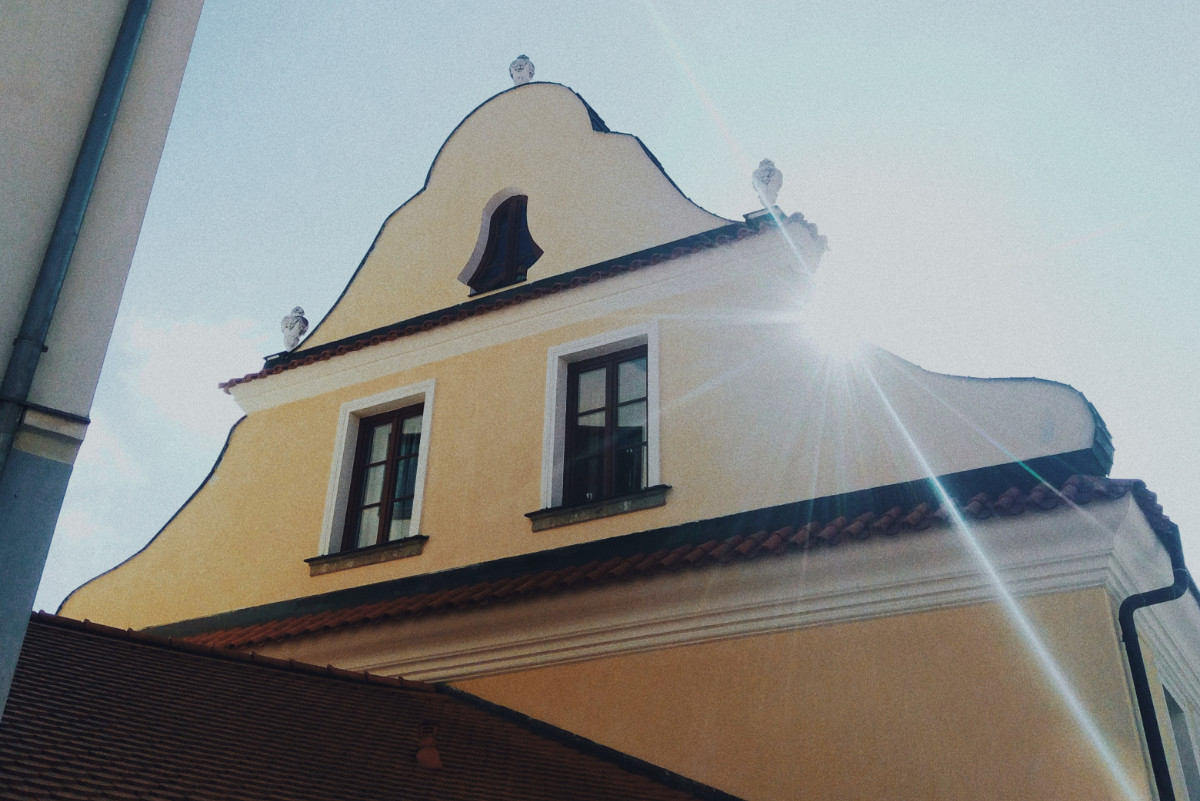 House no. 82 is situated in the V Brance street. The street’s name probably comes from the medieval times, when a gate in the town walls used to be here and people would pass through the gate on their way to the Lušťov stream, which is now covered.

The history of this house dates back to the 17th century, when it was built by Simeon Mikuláš Hlasivec, a teacher and choir master in the Příbram Church of St. James the Great in 1685. The house had typical ornate baroque gables decorated with ceramic vases and a fresco painting of Madonna with the child at the front.

After the initial use as a burgher’s house, a major chapter of the town’s history was written in this place: the first printing works were established here. In 1710, the house was purchased by Jáchym František Prachinus, who started to produce small prints, mainly focused on the continuously growing interest of pilgrims, i.e. holy pictures, prayers and song lyrics. 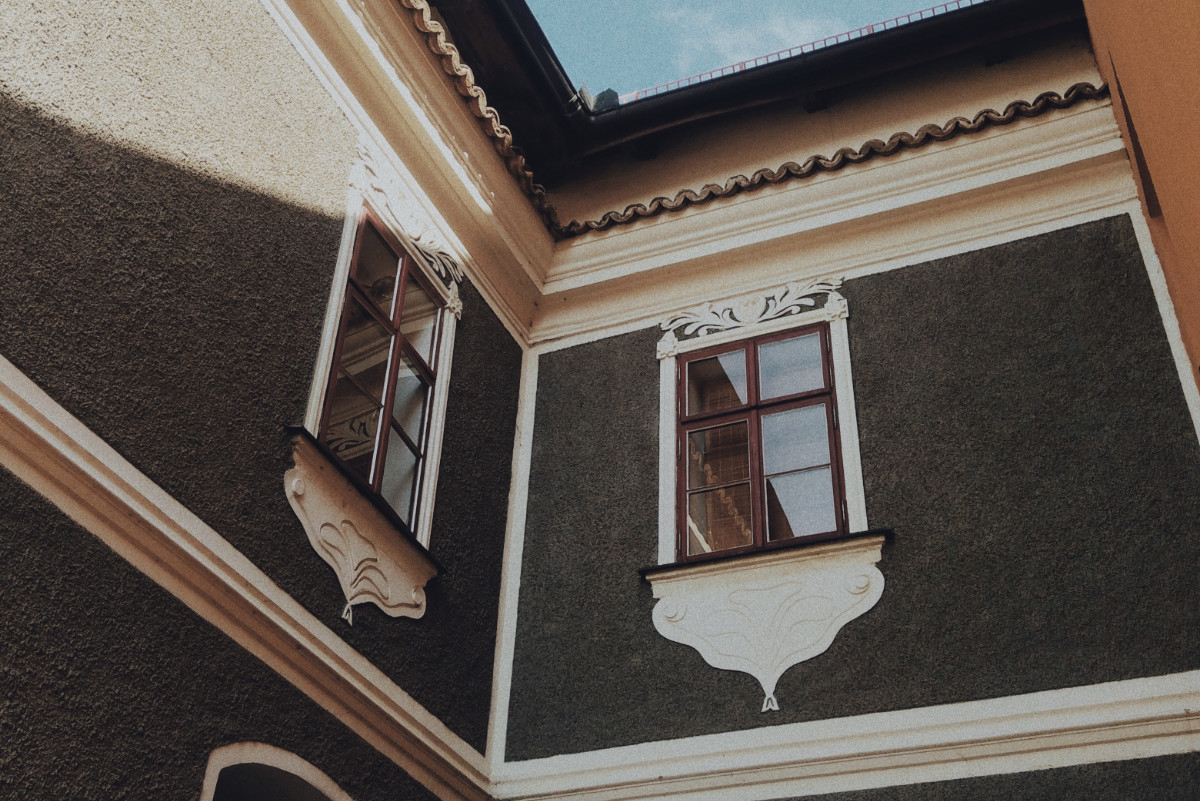 This protected baroque house is the most beautiful example of this architectural style in Příbram. It has an elevated basement with a low first storey divided by a ledge. The second, ornate ledge divides the attic from the storey below.

This house belonged to the Svoboda family until the 1990s. A fresco painting of St. James the Great is on the facade in the place of the interrupted ledge between the basement and the first storey. It is currently covered with a metal advertising board. The ornate gable is finished with the bust of the Junona goddess, the protectress of women.

The restaurant U Božího oka used to operate in the orange house on the right. The mother of a film screenwriter and director Pavel Juráček from Příbram worked here in the 1960s as a waitress. 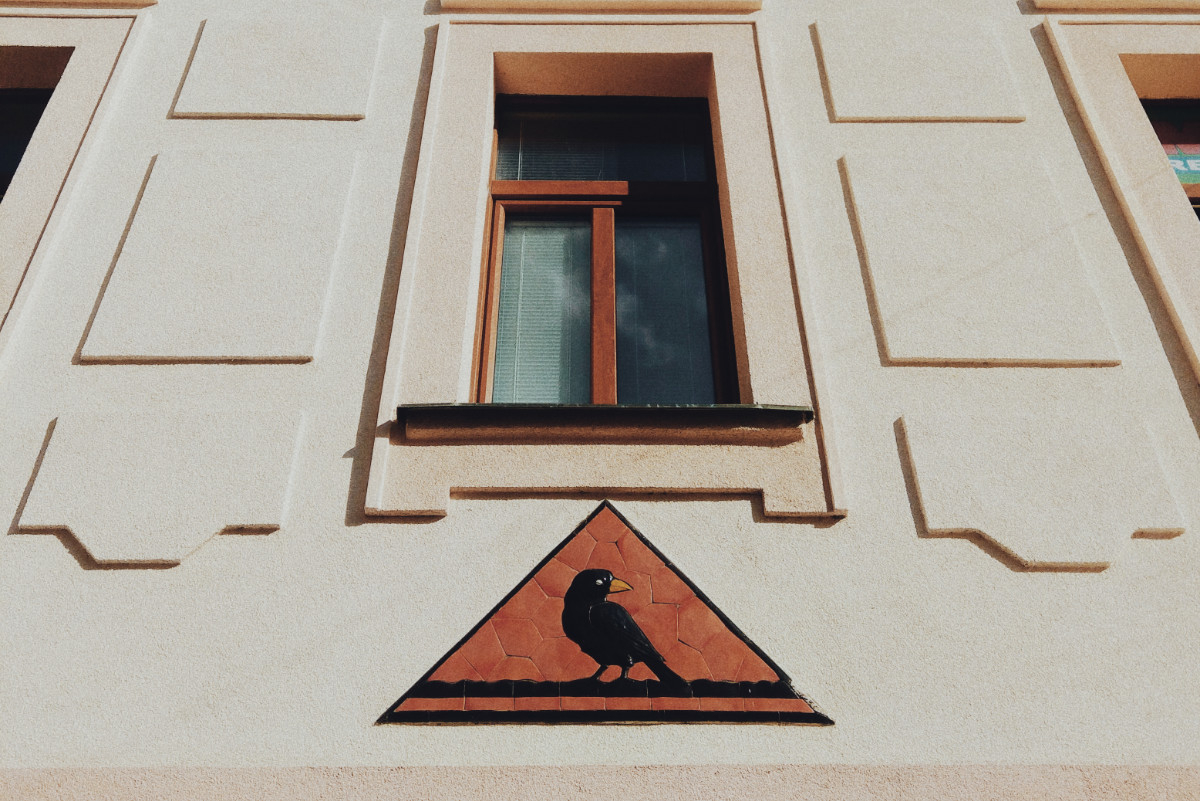 This building used to house the distillery of Bedřich (Fridrich) Kafka. He established his distillery in 1877 and soon became an imperial and royal supplier, exporting his liquors to many countries. It is interesting to note that Bedřich Kafka was a relative of the writer Franz Kafka: Bedřich’s father was the great grandfather of Franz Kafka.

Liquors were produced by steam distillation and thus outranked many foreign products, including some French liquors. They were therefore highly sought-after in premium hotels in Czechia and abroad.