Ernestinum Chateau in one of the most important historic buildings in Příbram. The building was originally a wooden fortress belonging to religious estate owners located a few metres from T. G. Masaryk Square. There’s currently František Drtikol Gallery located in the building with permanent exposition of the well-known photographer, painter and Příbram native. František Drtikol was born in 1883 and died in 1961. Apart from the information centre and offices, there is more exhibition space in Ernestinum Chateau where art exhibitions are arranged mostly.

Apart from functioning as the fortified administrative seat of religious estate owners, it was also used as the access route to the city centre from north-east. Even though some archaeological excavations documented settlement around the place, its existence in the 13th century is rather hypothetical. Wooden fortress reconstruction into the stone castle as the basis of the present chateau was proven to have taken place in the second half of 14th century. The alteration is connected to activities of archbishop Arnošt from Pardubice, the most well-known owner of the estate.

Archbishop Jan from Jenštejn, the successor to Arnošt got a protection wall and a deep ditch built around the fortress in the 14th century. The ditch was filled up between 1841 and 1847 due to new urban development. Name of nearby Na Příkopech Street is connected to the former ditch. Entrance gate to the courtyard was directed from the south where the square was located and was operated by a drawbridge. Main entrance originally led to the courtyard from the western part of fortress yet now is located in the southern part of the chateau. Extensive cellars were carved into rock under the chateau leading to ground floor chateau rooms. The building possessed well, which was very important during sieging. The estate was originally called Ernestinum after its founder, later Marienburg, and then it was called simply Zámeček (Chateau) for many years. A few years ago the city of Příbram came back to its original name. The area is currently officially called Ernestinum Chateau.

The building was considerably destroyed during Hussite wars, in the 16th century during Burghers riots against Lordship, in Thirty Years' War and later suffered from many unsuitable reconstructions. Only Gothic oriel window of the chapel with rib vault and some other elements were present until now.

The fortress was inhabited by Burgrave who was administrating archbishop's estate. Arnošt from Pardubice was supposedly visiting the chateau which is confirmed in documents issued in 1358 and 1360. During his stay in Příbram, he supposedly cut out Madonna out of pear wood and placed it on the altar in the oriel window. The object was visited by Austrian Emperor Leopold I. Habsburg in 1673 and 1680. Furthermore, Austrian Emperor Franz I. Habsburg stayed over in 1810. Czechoslovakian president prof. Tomáš Garrigue Masaryk visited Mining College in 1920. An important year in the modern history of Ernestinum Chateau was 1849 when it became a seat of Mining School, later Mining Academy and Mining University which existed till the school year 1945-1946. 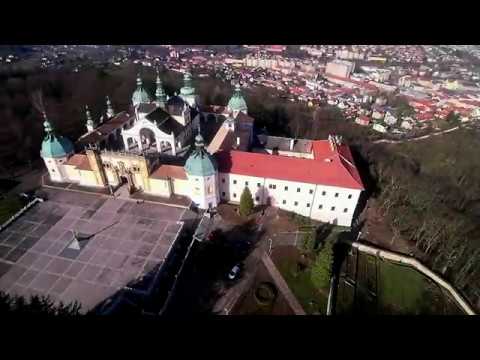